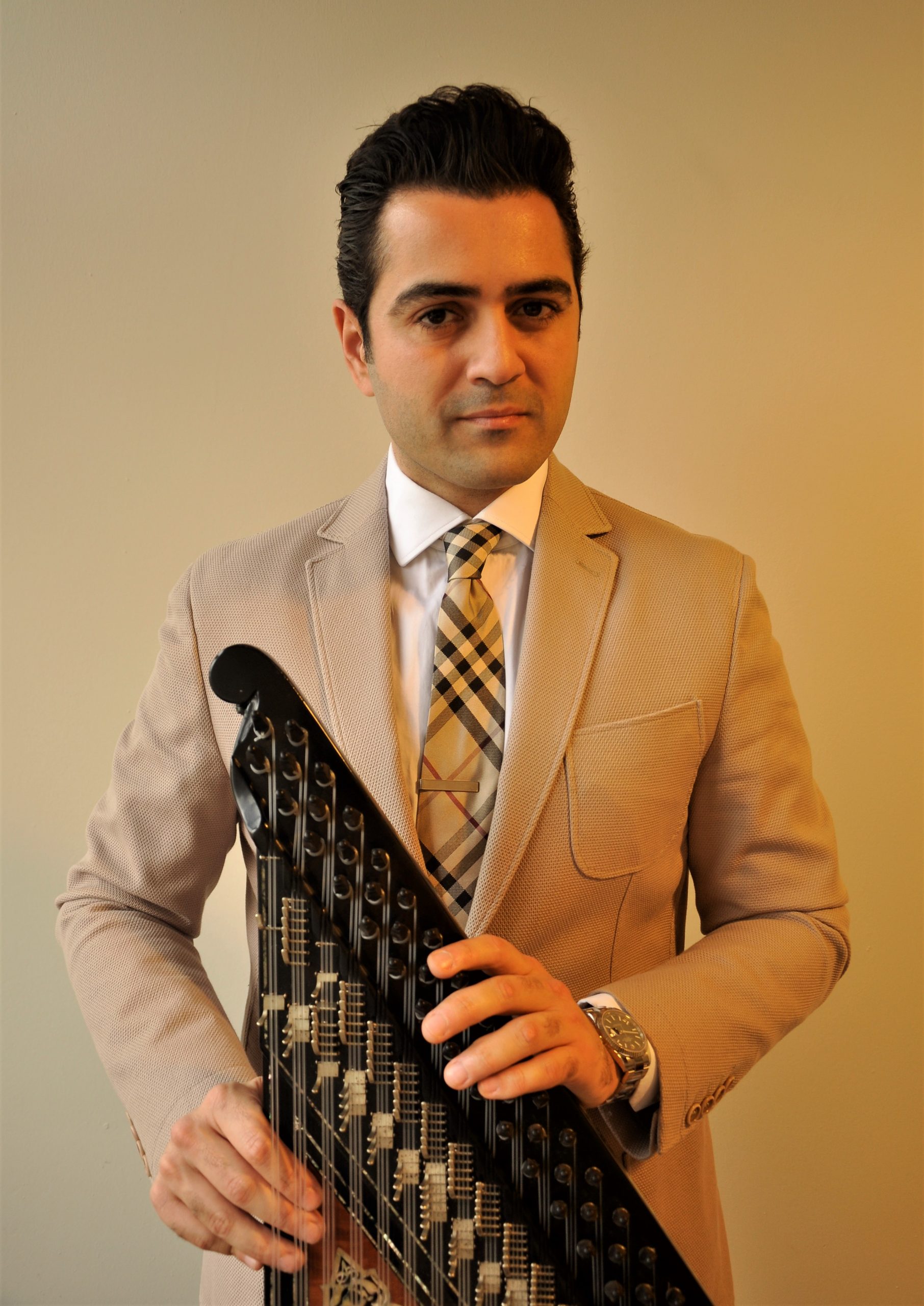 «It has taken from Can Karadoğan’s doctoral thesis»

Kanun is one of the key instruments for Turkish makam music. It has 24 or 27 courses of strings, with three strings on each course. The range of the instrument is about 3,5 octaves. Altogether it has 72-78 strings. These strings are now made of plastic, such as widely used Dupont brand, but there are also PVF strings that keep a better tuning. According to Ibn Khalilan’s book “Vefayatük-Ayan”, kanun is said to be built by the Turkish scholar Farabi (A.C. 878-950) who was born in the town of Farab in Türkistan. However, H.G. Farmer states that the word kanun does not appear in the book Kitab-I Musiki of Farabi, he uses to word Ma’azif instead. It is possible that Farabi gave the most common and final shape to the instrument.

The instrument is commonly used in Turkish, Arabic and Persian music. Sitting on a chair, the player keeps the kanun on his laps. The angle of the kanun becomes horizontal when the players feet are raised about 15 cm from the floor. The arms of the player do not rest on anything. Picks of the plectrums are mostly made of tortoise shells. They are attached to the fingers by means of a ring around the index finger.

The most important feature of a Turkish kanun is the lever or the switch system that enables to split a whole tone interval into 12 komas. This technique allows the player to give the exact pitch of every koma of Turkish makam music. It is said to be a kâmil saz, a mature or complete instrument, an instrument that can play all notes of any given makam, a scale or melody group of Turkish music.